Almost 2,000 years ago, a Jewish carpenter was condemned as a dangerous religious and political rebel. He was executed in one of the most painful and shameful punishments ever known: flogging and crucifixion. This form of death was a scandal to both Jews and Gentiles. 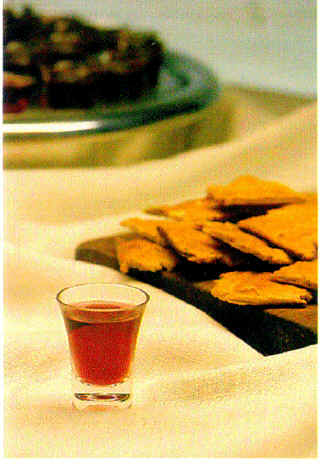 Nevertheless, Jesus’ followers made a point of remembering his death—not just the fact that he died, but also that he died in such a shameful way. In their written stories about Jesus, they devoted lengthy sections to his horrible death. They set aside one day each year as the anniversary of his death.

Why is Jesus’ death so important to Christians—and so central to the Christian faith?

Jesus’ death is listed as of “first importance” in Paul’s summary of the gospel message: “What I received I passed on to you as of first importance: that Christ died for our sins according to the Scriptures, that he was buried, that he was raised on the third day according to the Scriptures, and that he appeared…” (1 Corinthians 15:3-5). Paul even characterized his own preaching as “the message of the cross” (1 Corinthians 1:18). “We preach Christ crucified,” he said (verse 23).

Jesus said that his death would be a ransom to save other people (Mark 10:45). At his Last Supper, he said that he gave his body on behalf of other people, and he gave his blood to form a new covenant, the basis of a new relationship between God and humanity, based on forgiveness (Luke 22:19-20; Matthew 26:28). He was, as Isaiah 53 had predicted, an innocent person who suffered and died to ransom the guilty. God laid our sins on Jesus, and he was killed for our transgressions to buy our freedom.

Jesus not only predicted his death, he also explained its significance for us—and this is why it is good news. He gave his body for us—for our benefit. He allowed his blood to be shed so we would be forgiven. Jesus was the mediator between God and humans. His death enables us to have a covenant with God—a relationship of promise and loyalty. The death of Christ is the only way for our salvation. That is why Jesus, even though he knew what pain awaited him, “resolutely set out for Jerusalem” (Luke 9:51). It was the reason he had come.

Not only did they admit the cross, they also called it a tree—a word that would remind Jews of Deuteronomy 21:22-23, which says that anyone who is hung on a tree is under God’s curse. By using the word tree, the apostles drew extra attention to the shameful way Jesus had died. Why did they emphasize this? Because it was important. The Scriptures had predicted it, Jesus had predicted it, and it was necessary for our salvation.

Paul gives the spiritual significance of the cross: Jesus redeemed us from the curse of the law by becoming a curse for us. He was made sin for us (2 Corinthians 5:21). He was a sacrifice so that we might be justified, or declared right, so that we might escape the punishment our sins deserve (Romans 3:24-26). He carried our sins on his cross (1 Peter 2:24). “Christ died for sins once for all, the righteous for the unrighteous, to bring you to God” (1 Peter 3:18).

Since we fail to keep the law perfectly, we fall under its curse (Galatians 3:10). We all deserve death (Romans 3:23; 6:23). Jesus, being sinless, did not need to die, but he willingly died for us. The righteous died for the unrighteous. He received death so that we might receive life.

First, our sin must be extremely horrible. Nothing reveals the gravity of sin like the cross…. If there was no way by which the righteous God could righteously forgive our unrighteousness, except that he should bear it himself in Christ, it must be serious indeed….

Secondly, God’s love must be wonderful beyond comprehension…. He pursued us even to the desolate anguish of the cross, where he bore our sin, guilt, judgment and death. It takes a hard and stony heart to remain unmoved by love like that…. Thirdly, Christ’s salvation must be a free gift. He “purchased” it for us at the high price of his own life-blood. So what is there left for us to pay? Nothing! (The Cross of Christ, page 83)

A memorial of death

The cross was the focus of Jesus’ mission as a human. His job was not done until he was crucified. Jesus did not tell his disciples to remember his miracles—they were to remember his death. Jesus eliminated many rituals, but he commanded a new one: the bread and wine of the Lord’s Supper. He told us to participate in these reminders of his death because his death, and our participation in his death, is vital for our salvation.

We remember Jesus’ death not just as something that happened to Jesus—it is relevant for us today. The Lord’s Supper looks to the past—Jesus willing gave his life for us—and to the present—his union with us now, and the future—his promise to return. Spiritually, are we crucified with Christ (Galatians 2:20), and on a daily basis, we are to crucify our sinful passions and desires (Galatians 5:24; Romans 8:13). To follow Jesus, we must take up our cross each day (Luke 9:23), willing to deny wrong desires. The Lord’s Supper reminds us of what our life is about.

Jesus’ death is our pattern for daily living—it is a picture of complete submission to God, a picture of willingness to reject sin and choose righteousness. Jesus died for us, Paul says, so that we should no longer live for ourselves, but instead live to serve Jesus (2 Corinthians 5:15). Since our old self was crucified with Christ, “we should no longer be slaves to sin” (Romans 6:6). Instead, we offer ourselves to God as living sacrifices, willing to serve him (Romans 6:13; 12:1). Because he died for us, we “die to sins and live for righteousness” (1 Peter 2:24).

Jesus’ death is evidence that God loves us—it shows us that God cares about us so much that he did something to solve our problem, to rescue us from the pain and death our sinfulness brought upon us (Romans 5:8-10). Since God did not spare his own Son, we can be confident that he will give us everything we need for salvation (Romans 8:32). His love for us becomes an example for how much we should love one another (Ephesians 5:1-2).

The death of Jesus gives us some important freedoms:

With this freedom, we are to be slaves of righteousness, slaves of Jesus Christ (Romans 6:18). He died for us so we may live for him (2 Corinthians 5:14-15). This is how we should respond to the love of God shown to us in the cross of Christ.

The cross is also an example for us when we suffer. Peter reminds us that when we suffer unjustly, we should remember the example of Jesus, who suffered unjustly for us, setting an example for us (1 Peter 2:19-23). In Hebrews we are told to remember Jesus when we grow weary of our troubles, for he endured great opposition for us (Hebrews 12:2-4). Unjust suffering is part of the Christian calling, and part of the example Jesus set for us. “A servant is not greater than his master” (John 15:20). The Lord’s Supper reminds us of what Jesus’ life was about, and that we are called to follow him.

When we suffer, we are also encouraged by knowing that a crown of glory awaits us, just as it did for Jesus. When we identify with him in his cross, we will also share in his glory (Romans 8:17-18; 2 Corinthians 4:17).

Many people think that the cross is foolishness, but it shows us the wisdom of God (1 Corinthians 1:17-25). It was a stroke of genius, a brilliant maneuver. It simultaneously shows us how ugly sin is, and how beautiful God’s love is, and the extent of his commitment to ensure our salvation. It punishes sin and brings forgiveness. It shows both justice and grace. It breaks the power of sin and death, and gives us power to overcome. The cross gives us visible evidence that our sins have been dealt with once and for all, that our struggles are not in vain, and that a crown of glory awaits us through our Lord and Savior Jesus Christ. It is certainly worth remembering.