The mind-set described in the last chapters of Judges, when “all the people did what was right in their own eyes” (Judges 21:25, NRSV), bears disturbing similarities to the moral relativism of today’s society. In an interview, British journalist and historian Paul Johnson discussed how this state of affairs arose and where it is leading. 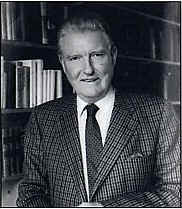 Question: In your book Modern Times, you write that at the beginning of the 1920s the belief began to circulate “for the first time at a popular level that there were no longer any absolutes.” What led to this new way of thinking?

Paul Johnson: It was a combination of factors. One of them was the emergence, at the end of the First World War, of the new cosmology of Einstein, who produced his general theory of relativity, which in 1919 was proved by empirical evidence to be correct.

Einstein was not a man who believed in moral relativism; quite the contrary. He was an old-fashioned moralist, who believed in absolute values. And the effect of his theory is an example of what has been called the law of unintended consequences, because he was describing cosmology. But the idea got around that in proving relativity, he had undermined the whole system of absolute values, not just the old straight lines of the Newtonian universe, but absolute values generally.

Q: Were there any other contemporary influences undermining morality?

A: It so happened that the proof of Einstein’s theory coincided with the arrival in a big way of Freudian psychology. Freud had been active for 20 years, but it was only at the end of the First World War that his theories began to circulate generally.

He tended to suggest that guilt was something we could and should dispense with. And the combination of Einstein and Freud, together with the debilitating effects of the First World War that had a catastrophic effect on the way in which people saw evil, plus the general decline of religious values, led to the growth of moral relativism.

And that had its effects, all of them bad in my view, at all levels of society. It tended to undermine absolute moral principles, what you might call the Ten Commandment principle in ordinary life, in ordinary encounters between human beings. But it also had the effect at the very highest political level.

For the first time we got the emergence of the dictatorships, political systems that had absolutely no structural framework based on Judeo-Christian values. We had, with the growth of moral relativism, the notion that entire political systems could be shaped according to values that were morally relativistic.

Q: The family structure, wherein the principles of rights, responsibilities and values are nurtured, seems to be under attack. Can you elaborate?

A: One of the things that emerged very clearly in the history of the 20th century was that the family was a great repository in defense of human freedom and individuality. lt is very notable that all the great dictators of this century attacked the family, and all tried to undermine it; they all tried to replace family ties with those of the state.

Mussolini used to say, “Everything for the state; nothing against the state; nothing outside the state.” That always struck me as one of the most evil remarks of the 20th century. It’s incompatible with the family, because in a country like Italy where family bonds are very strong, Mussolini saw that he had to produce this ideology so that people would put the state before the family.

Q: Mr. Johnson, you’ve written that young people are under assault today in Britain — and I might add, also the United States — because of wrong-headed concepts and teachings in the schools about sex and the promotion of alternative life-styles. Could you comment?

A: There is in Britain a major public debate about sex education in the schools, because in certain areas, particularly those where the local authority is controlled by what we call a hard left Labour council, the kind of sex education that has been given in the schools has aroused outrage among many parents for two reasons.

The first is that it does not contain any stress on traditional morality or the family. Sex is regarded as something that has nothing to do with morals, [but rather] entirely with personal satisfaction, and to some extent health. The second point is the influence within these hard left councils of homosexual lobbies, which have resulted in the children being instructed in homosexual sex as well as normal sex. And often in such a way — and one could cite individual textbooks or pamphlets that are used for this purpose — as to imply that homosexual sex is normal and acceptable and moral, if not even preferable, to heterosexual behavior within the confines of marriage.

The assumption in the British anti-AIDS government [educational] propaganda is that the permissive battle has already been completely lost, that we are in a totally permissive society, and that the normal way in which young people behave is an immoral way, that they are absolutely certain to practice sex outside of marriage, and that therefore there’s nothing that can be done about that. You can’t teach them to behave better. All you can do is to caution them against AIDS and ask them to protect themselves in some way. Now this, it seems to me, is not merely wrong in itself, but doesn’t fit the facts.

Q: You stress in your writings that a major cause of the fail of Rome was the loss of individual liberty. Is a parallel in our societies today?

A: Liberty is a very complicated thing to keep aloft in a sophisticated world like ours. I think it is true that the biggest single reason why the Roman Empire declined and eventually collapsed was the loss of liberty, loss of intellectual, economic and political liberty — all three things being connected. Therefore, it is one of the things we must most guard against.

But of course, liberty can be seen in different ways. It can also be seen as freedom to do what you like in a way that is destructive. And I think we have to keep all those things in balance. You cannot preserve true freedom if you create a society in which freedom is not balanced by responsibilities and duties. I think that is a very tough thing to have to learn, and people don’t like it, particularly young people. But I think that is what history teaches — any society that expands freedom must also make sure that the expansion is not conducted at the expense of duties and responsibilities.