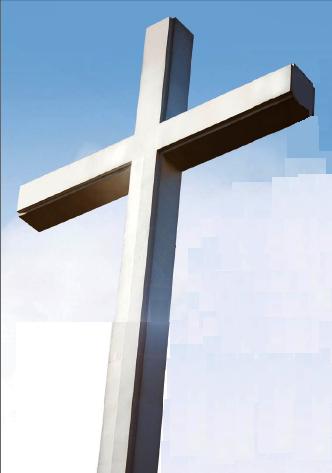 In my city a few years ago, a woman started out from home with her two young sons to visit their grandmother. As they crested a hill, an impaired driver with a suspended license crossed the center lane and collided with her car. As frequently happens in these scenarios, he survived. The mother did, too. But her husband had to tell her, as she lay struggling for survival in intensive care, that both their boys had died in the crash.

Taking a moment to absorb the devastating news, the mother, a Christian, looked up at her husband and asked, “Have you told the other driver we forgive him?” Yes, he had—while his wife lay in a coma a few days before.

These parents extended God’s grace as their first response to a tragic injustice. They were not theologians, yet they understood one of the toughest concepts Christians must face.

Forgiveness is more than merely an ideal Christian virtue; it penetrates to the very heart of life. Jesus brought up the subject repeatedly and with great urgency in his ministry. It
becomes clear as you read through the New Testament that when we forgive each other’s trespasses, we reflect and participate in the divine character of God, who for the sake of Jesus has also forgiven us (Matthew 5, Ephesians 4:32-5:2).

Judging from the gospel’s message of forgiveness and reconciliation, the whole point of creation and of salvation is relationship. This does not mean that pursuing a relationship with
an offender in this life is always possible, or advisable. It means that even before humanity became alienated from God because of sin, God in his love launched his plan to reconcile humans to himself, and to each other (1 Peter 1:20). The cross of Jesus vividly teaches that forgiveness lies at the heart of reconciliation.

Theologically, that makes sense. But then someone hurts you — really violates you or yours – and things seem murkier. You ask: Doesn’t forgiving this person mean that I am justifying what they did? Isn’t forgiving them, in essence, letting them get away with it?

Good question, but the answer is no. Your forgiveness has nothing to do with the natural consequences of sin taking their course. Sin is ultimately against God, and it is God’s job to deal with the sins of others, not ours. Our act of forgiveness is an act of humility, our recognition that we too need God’s mercy, and an act of love, extending to others what God has already extended to us. It is also an act of faith, of turning completely over to God our need, our right, for retribution, for getting even, and believing that God will deal with it in his own time and fashion.

When we hear the story of the parents who forgave the impaired driver who killed their young sons, or of the six Amish families who issued an immediate statement of forgiveness after losing
their daughters to a crazed gunman, it is natural to ask: Don’t they need to grieve first? Is it even possible for a victim to forgive that quickly? I believe it is possible, and that their forgiveness was the real deal.

Grieving takes time; it unfolds layer by layer, and it allows us to heal emotionally and physically after deep hurts. If you have ever grieved a loss — whether a death, a failed relationship, a lost job or the loss of your health — you know grief can include denial, waves of wrenching anger, numbness, sadness, bargaining and depression before acceptance of the loss ever comes.

Forgiveness is different. Forgiveness involves handing over injustice to the perfect and faithful Judge (Psalm 9), because trying to carry the burden yourself will destroy you — you were not designed to bear that kind of weight. Forgiveness involves accepting that God knows details you could never guess. It involves letting him take care of the situation because he is the most capable to do it right, and it involves getting on with the future he has prepared for you. Forgiveness involves knowing that there is more to living than just this present life.

Feelings can take a while to catch up. You might have to keep taking the hurt back to God for a while and say: “I gave this to you. I have forgiven. Please take it.”

“Your forgiveness has nothing to do with the natural consequences of sin taking their course. It is God’s job to deal with the sins of others, not ours.”

During my last months of graduate school, I received a letter from my college loan company. The letter informed me that the company had sold my debt burden to another company. I no
longer owed the original company even a penny of the thousands of dollars I had borrowed. They wished me well with my future, officially washing their hands of my debt. It was just a standard business notice, but I recognized a lightness behind the words. I still owed money, but not to them. They had freed themselves of being responsible for my debt. In that moment I understood something of the nuts and bolts of how to forgive.

It means they give over the debt to God before revenge has a chance to take root in their hearts. They are saying, “It ends here.” They then work out their grief cradled in God’s arms.
Imagine how civil wars and ethnic clashes and lingering regional hatreds might have looked now if someone, some community, way back when, had handed their burden off to God and said, “It ends here. God will work this out with them — I will no longer carry this.”

The truth is, a lot is still owed to victims in a material way, and God does not expect a community or individual to tolerate injustice and wrong. A person who has faced institutional
discrimination and humiliation his or her whole life can forgive while still working to make the institution accountable and just. And woe to the people, says Scripture, who fail to protect the weak, to provide for the needs of every member, and to fight injustice.

God made this promise: He will right all wrongs. When I read the last two chapters of Revelation I find myself in the midst of a vision where God wipes away every tear. “These sayings are faithful and true,” announces an angel of the God who holds time in his palm.

I believe that the young boys’ parents and the Amish families were able to extend forgiveness because they trusted God’s faithfulness. They understood the difference between living under
the bitter and crushing burden of unforgiveness, and living in the freedom that comes from entrusting one’s hurts to the transforming light of God’s grace.

Dr. Lila Docken Bauman teaches media, culture and communication courses at St. Louis University. She is married and has a 4-year-old son.