The Old Testament is a story of frustrated hope. It begins by telling us that humans were created in the image of God. But it was not long before we humans sinned, and we were kicked out of paradise. But along with the word of judgment also came a word of promise—God said that one of Eve’s descendants would crush the enemy (Genesis 3:15). A deliverer would come to rescue the people. 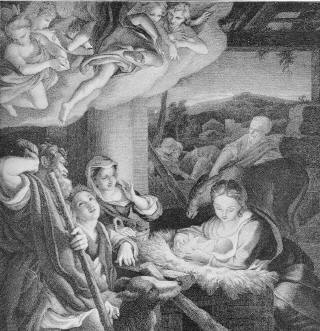 Eve probably hoped that her first child would be the solution. But it was Cain, and he was part of the problem. Sin continued, and it got worse. There was a partial salvation in the time of Noah, but sin continued. There was the sin of Noah’s grandson, and then of Babel. Humanity continued having problems, having the hope of something better but never able to achieve it.

Some important promises were given to Abraham. But he died before he received all the promises. He had a child, but no land, and he was not yet a blessing to all the nations. But the promise continued. It was given again to Isaac, and then Jacob. Jacob and his family went into Egypt and became a great nation, but they were enslaved. Even so, God remained true to his promise. With spectacular miracles, God brought them out of Egypt.

But the nation of Israel fell far short of the promise. Miracles didn’t help. The law didn’t help. They kept on sinning, kept on failing, kept on doubting, kept on wandering for 40 years. But God was true to his promise, and he brought them into the land of Canaan, and with many miracles, he gave them the land.

But that did not fix their problems. They were still the same sinful people, and the book of Judges records some of the grossest of sins. How could this messed-up nation ever become a blessing to other nations? They kept on sinning—falling into idolatry again and again. God finally let the northern tribes of Israel be taken into captivity by Assyria. You’d think that would have made the Jews repent, but it didn’t. The people failed time and again, and God let the Jews be taken into captivity, too.

God let the Jews stay in Babylon for many years, and after that, a small percentage of them returned to Jerusalem, and the Jewish nation became a shadow of its former self. They got a taste of freedom, then a taste of being ruled by Rome. They weren’t any better off in the Promised Land than they had been in Egypt or Babylon. They groaned: Where is the promise that God gave Abraham? How are we going to be a light to the nations? How are the promises to David going to be fulfilled if we can’t even rule ourselves?

Under Roman rule, the people’s hopes were frustrated. Some gave up hope. Some joined underground resistance movements. Others tried to be more religious, more worthy of God’s blessing. Everyone longed for God to do something.

A glimmer of hope

God started in the smallest possible way—as an embryo in a virgin. Behold, I will give you a sign, he had said through Isaiah. A virgin will conceive and bring forth a child, and you will name him Immanuel, which means “God with us.” But he was first called Jesus — the Hebrew name Yeshua, which means, God will save us.

God began fulfilling his promise with a child conceived out of wedlock. There was some social stigma attached to that—even 30 years later the Jewish leaders made snide comments about Jesus’ parentage (John 8:41). Who would believe Mary’s story about angels and supernatural conception?

God began fulfilling the hopes of his people in a way that they did not recognize. No one would have guessed that the “illegitimate” baby was the answer to the nation’s hopes. A baby can’t do anything, can’t teach anyone, can’t help anyone, and can’t save anyone. But a baby has potential.

Angels told shepherds that a Savior had been born in Bethlehem (Luke 2:11). He was a Savior, but he wasn’t saving anyone right then. He even needed to be saved himself. The family had to flee to save the baby from Herod, the king of the Jews.

But God called that helpless baby a Savior. He knew what that baby would do. In that baby were all the hopes of Israel. Here was the light to the Gentiles; here was the blessing for all nations; here was the son of David who would rule the world; here was the child of Eve who would crush the enemy of all humanity. But he was just a baby, born in a stable, his life in danger. But in his birth, everything changed.

When Jesus was born, there was no sudden burst of Gentiles coming to Jerusalem to be taught. There was no sign of political or economic strength—no sign except that a virgin had conceived and had given birth—a sign that no one in Judah would believe.

But God had come to us, because he is faithful to his promises, and he is the basis of all our hopes. The history of Israel shows again and again that human methods do not work. We cannot achieve God’s purposes by our own efforts. God does not do things the way we think, but in the way he knows will work. Our way always gets messed up. We think in terms of laws and land and kings and kingdoms of this world. God thinks in terms of tiny beginnings, of spiritual rather than physical strength, of victory in weakness rather than power.

When God gave us Jesus, he fulfilled his promises and brought about everything he had said. But we didn’t see the fulfillment right away—all we saw was a baby. Most people didn’t believe it, and even those who believed could only hope.

We know now that Jesus grew up to give his life as a ransom for our sins, to bring us forgiveness, to be a light to the Gentiles, to defeat the devil, and to defeat death itself in his death and resurrection. We can see how Jesus is the fulfillment of God’s promises.

We have a promise, a promise guaranteed by God, ratified by his Son, sealed by the Holy Spirit. We believe that everything else will come true, that Christ will complete the work he has begun. Our hope is beginning to bear fruit, and we can be confident that all the promises will be fulfilled—not necessarily in the way we might expect, but in the way that God has planned.

He will do it, as promised, through his Son, Jesus Christ. We may not see it now, but God has already acted, and God is working even now behind the scenes to bring about his will. Just as in the baby Jesus we had hope and a promise of salvation, so in the risen Jesus we now have hope and promise of completion. That is true of the growth of the kingdom of God, it is true in the work of the church, and it is true in each of our lives.

As people come to faith in Christ, his work begins to grow in them. Jesus said that we must each be born again, and when we come to believe in him, the Holy Spirit overshadows us and begets in us a new life. Just as Jesus promises, he comes to live within us. Someone once said, “Jesus could be born 1,000 times, and it would do me no good, unless he is born in me.” The hope that Jesus gives to the world does us no good unless we accept him as our hope. We need to let Jesus live in us.

We might look at ourselves and think, “I don’t see much here. I’m not much better than I was 20 years ago. I still struggle with sin, doubt and guilt. I am still selfish and stubborn. I am not much better at being a godly person than ancient Israel was. I wonder if God is really doing anything in my life. It doesn’t seem like I’ve made any progress.”

The answer is to remember Jesus. Our spiritual beginning may not seem good for much right now, but it is, because God says it is. What we have in us is only a down payment. It is a beginning, and it is a guarantee from God himself. The Holy Spirit in us is a down payment of glory yet to come.

Luke tells us that the angels sang when Jesus was born. It was a moment of triumph, even though humans couldn’t see it that way. The angels knew that victory was certain, because God had told them so.

Jesus tells us that the angels rejoice whenever a sinner repents. They are singing for every person who comes to faith in Christ, because a baby has been born. That baby might not perform very well. It might have many struggles, but it is a child of God, and God will see to it that his work is done. He will take care of us. Though our spiritual lives are not perfect, God will keep working in us until his work is done.