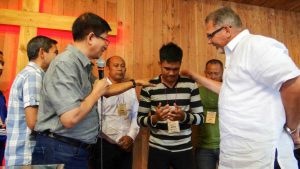 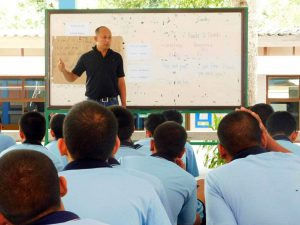 We have about 30 members based in Thailand mostly in the Rayong City Area. Rayong is a province of Thailand and situated west of Bangkok, it’s capital. Just like our ministry in other countries, our members consist mostly of Filipinos who live and work as overseas workers, mostly teachers and other professionals.

The ministry model at work there is synergy in missions and ministry.  Some churches in the southern Philippines adopted Thailand as its focus for missions and employment. Having the benefit of some critical mass, they are able to sustain ministry together, either for tutorial classes, providing initial logistical and ministry support for short term trips, ministry to the orphanage and the jails.  For the past 10 years or so, they have gained momentum to reach some local Thais through holistic ministries. At least a couple of Thai families are now very much involved not only in the church but their ministries to the community. Our members, together with our Thai brethren are also involved in networking with the Filipino community there.